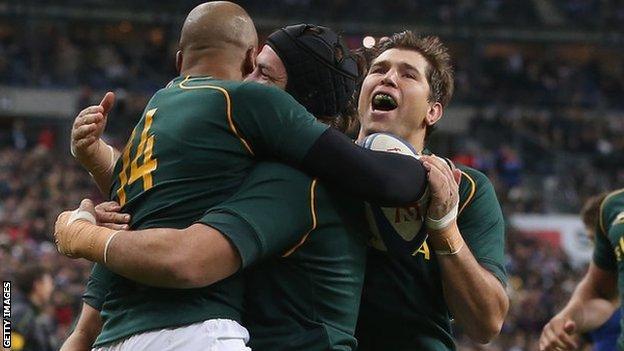 Scotland and Wales will travel to play Test matches against the Springboks in June, the South African Rugby Union has announced.

Wales will face the South Africans in Durban on 14 June and Nelspruit a week later.

The Scots will play a one-off match in Port Elizabeth on 28 June.

Following their matches against South Africa, Wales will face Australia, Fiji, New Zealand and the Springboks in Cardiff in November.

The Welsh Rugby Union has announced that it will host Australia on 8 November, Fiji seven days later, the All Blacks on 22 November and South Africa on 29 November.

South Africa won 24-15 in Cardiff last November before a more convincing 28-0 victory over the Scots at Murrayfield.