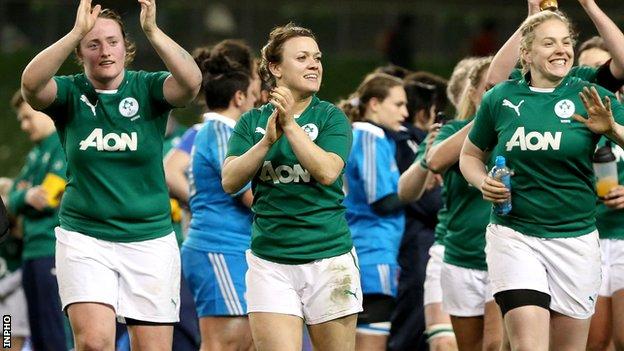 Ireland trounced Italy 39-0 at the Aviva Stadium on Saturday to keep alive their chances of retaining the Women's Six Nations Championship.

Alison Miller, Heather O'Brien and Jenny Murphy added tries for the dominant hosts in the second half.

It leaves the Irish with three wins from four matches and they head the table on goal difference.

However, 100% France will go two points clear at the top if they beat Scotland on Sunday.