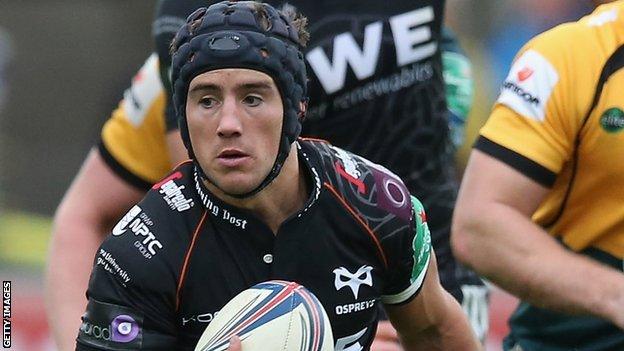 Ospreys fly-half Matthew Morgan has become one of seven players to sign for Bristol for next season.

All seven players have signed two-year deals with Andy Robinson's side, who are five points clear at the top of the English second tier.

Andy Robinson currently has a squad of over 50 players and 10 more have now agreed to join next season.

O'Connell has made 13 appearances for Leinster in the Pro12 since his debut in 2011, while team-mate Hudson, also 23, has made played one more game and scored three tries.

Crumpton, 20, played for England at the IRB Junior World Championships in 2012 and has previously played in the Championship with Plymouth Albion.

Since graduating through Leeds' academy, Hampson, 24, has made 62 first-team appearances for the Headingley outfit, scoring nine tries.

Koster joined Bristol on loan at the start of the season and has impressed enough to earn a permanent move.