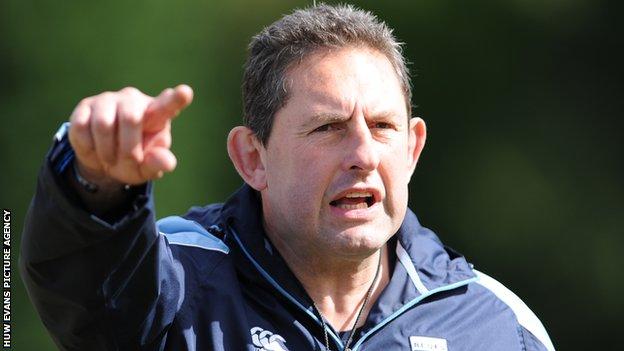 The 50-year-old left the region on Monday, after his side's 15-10 Pro12 defeat to bottom club Zebre on Saturday.

Whatever guise the European Cup takes next season, 10th-placed Blues look like failing to qualify for it for the first time in their history.

"It's the worst Blues squad I've ever seen," said Hadley.

"I'm not surprised he's gone. I don't know if it's a case of did he jump before he was pushed?"

Hadley played for Cardiff in the 1980s and played with Davies in the Wales triple crown winning side in 1988.

He says his former team-mate Davies, who was appointed as Cardiff Blues coach in May 2012, has had a difficult job.

"There's a lot of things that go on in a region that you don't always get to hear and obviously the guy at the helm is going to be blamed," said Hadley.

"Coaches have left. But at the end of the day it's a results business, they are 10th in the league, never going to qualify for Europe if it's the top six. He's got to go."