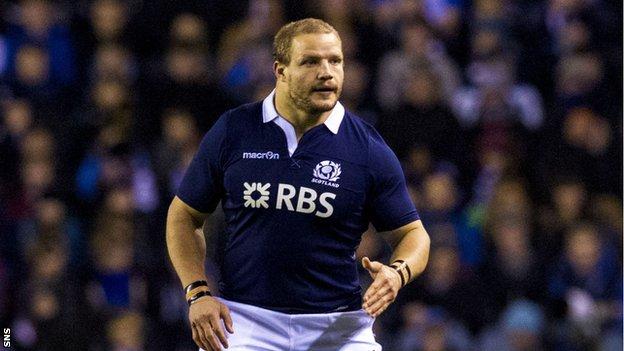 Fit-again tight-head prop Euan Murray has been added to the Scotland squad ahead of Saturday's Six Nations game against France at Murrayfield.

The 33-year-old Worcester Warriors forward has missed the opening three games of the campaign through injury.

Murray, who won the last of his 58 caps against Australia in November, was sidelined with a thumb problem.

Edinburgh Rugby's Sean Kennedy and his half-back partner Harry Leonard are also training with the squad.

Murray made his club comeback against Sale on 22 February and came on in the second half in last Saturday's defeat by Harlequins.

The Scots lost their opening two games of this year's competition - to Ireland and England - but won their last match against Italy by one point.