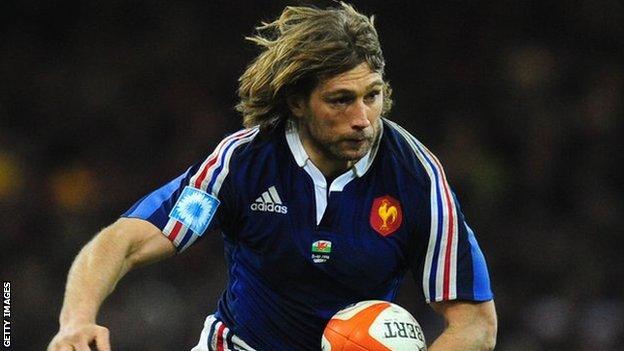 France will be without their two first-choice hookers when they face Scotland on Saturday after Dimitri Szarzewski picked up an ankle injury.

Les Bleus were already without Clermont Auvergne's Benjamin Kayser, who was ruled out for six weeks last month with a knee problem.

Guirado, 27, won the last of his 18 caps in June against New Zealand.

France had already called Castres wing Marc Andreu into their squad after Clermont half-back Morgan Parra was given a two-match suspension.

Parra had been recalled by coach Philippe Saint-Andre and was expected to play a major part at Murrayfield despite failing to make an appearance in the Six Nations so far this year.

However, the Ligue De National Rugby ruled on Friday that the 25-year-old must serve a two-match ban following his red card for his club side the previous weekend.

Parra should return for France's final Six Nations match against Ireland on 15 March, but 28-year-old Andreu has been drafted into the squad in his place and could win his eighth cap.

Clermont centre Wesley Fofana was ruled out of the match against Scotland after fracturing a rib during France's defeat by Wales.

Louis Picamoles, who was dropped for mocking the referee during that loss, and injured fellow Toulouse forward Yannick Nyanga will also not play against Scotland.

Prop Rabah Slimani, flankers Bernard Le Roux and Antonie Claassen and centre Remi Lamerat were also called up to the squad following the defeat in Cardiff.

France are tied with holders Wales, Ireland and England on four points after three matches, while the Scots recorded their first Six Nations win away to Italy.