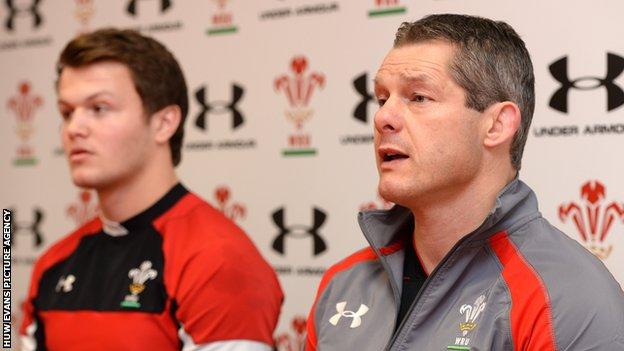 Scarlets centre Steffan Hughes has been selected as Wales captain for the Under-20 Six Nations.

Head coach Byron Hayward has named a 31-man squad for tournament, which begins against Italy on 31 January.

Only eight of the 31 players in this season's squad have been capped by Wales Under 20 previously.

"We are starting from scratch to a certain extent but we are all looking forward to the challenge," Hayward said.

"We have to be bold with our selection policy and expose all these players to international rugby."

Hayward will be in charge of Wales Under-20 for the first time having succeeded Danny Wilson last July.

Under Wilson Wales finished last year's tournament as runners-up to England and lost to the same opponents in the final of the IRB Junior World Championship in France.

Wales will once again play their home matches at Colwyn Bay's Parc Eirias, starting with the visit of Italy.