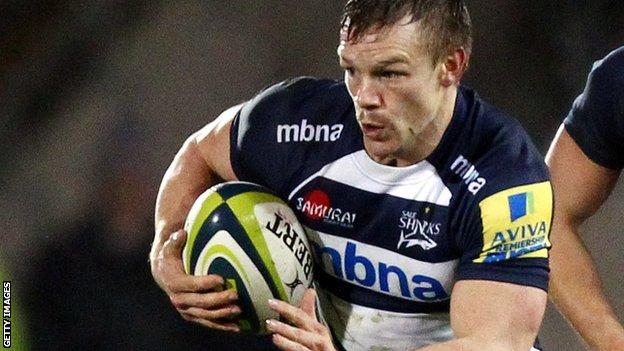 Both players will join the club in the summer, with Perenise, 31, agreeing a three-year deal and Peel, 32, signing a two-year contract.

Peel has 76 Wales caps and toured New Zealand with the Lions in 2005.

"Dwayne's decision to join us is a major coup," Bristol director of rugby Andy Robinson told the club website.

"He has a wealth of experience with over ten years at the top of the professional game - that's a testament to Dwayne's attitude and work ethic.

"Anthony is a formidable individual. He's a powerful scrummager with a great technical ability."

Perenise has made 67 appearances for Bath since moving to the Recreation Ground after the 2011 World Cup. The tighthead has played 11 games for the Premiership club this term.

Bristol, relegated from the top flight in 2009, have failed to win promotion back through the play-offs despite twice finishing top of the Championship table in the past four seasons.

Peel, who has made 82 top-flight appearances for Sale since 2008 and played a part in two Grand Slam triumphs with Wales in 2005 and 2008, is excited about trying to help Bristol re-establish themselves as a Premiership club.

"There's a real desire to achieve things," he explained "Bristol is a club with lofty ambitions and a clear vision of where they want to go - that appealed to me."