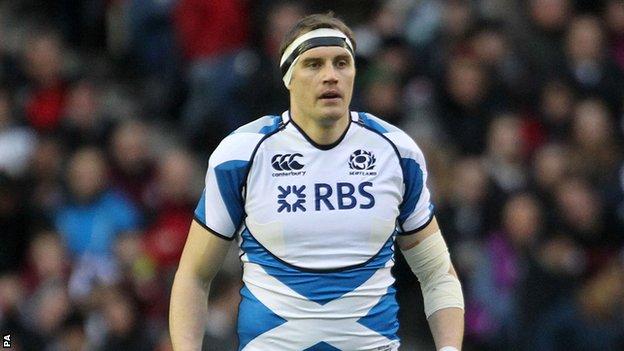 "Gutted about the arm but part of the job. I've had a good run for the last few years - back soon enough," he said.

Glasgow head coach Gregor Townsend said Kellock would be disappointed to miss the 1872 Cup against Edinburgh.

Townsend added: "He has played a prominent role in these games over the last few season and thrives against Edinburgh.

"We wish him well in his recovery and he still has a big role to play at the club as he works his way back to full fitness."

Meanwhile, X-rays have shown that Glasgow centre Mark Bennett has a fractured toe but will not require surgery.

Warriors say Bennett, who suffered the injury on Scotland Sevens duty, will be out for "several weeks".