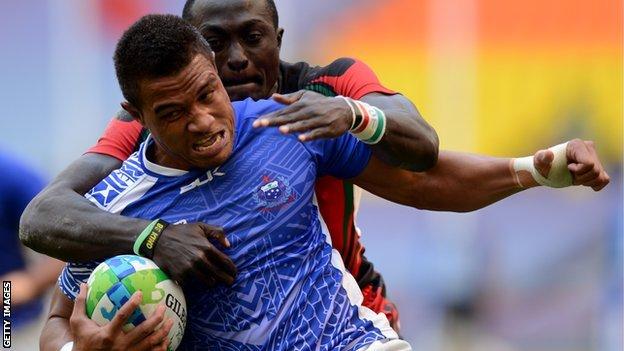 The 25-year-old, who has eight international caps, arrives under the injury dispensation rule to help cover Ben Foden and James Wilson's absence.

"Fa'atoina has shown over the past 18 months that he has the ability to succeed at international level," said director of rugby Jim Mallinder.

"We are confident that he'll be able to fit in, especially alongside the Pisi brothers and Kahn Fotuali'i."

Autagavaia played for his country in the Autumn internationals against Ireland and Georgia and scored a try against Wales in Samoa's victory in 2012.

Mallinder added: "With Ben Foden and James Wilson both out of action we're a bit light at full back, so Fa'atoina will add to our strength in depth in what is a crucial position."