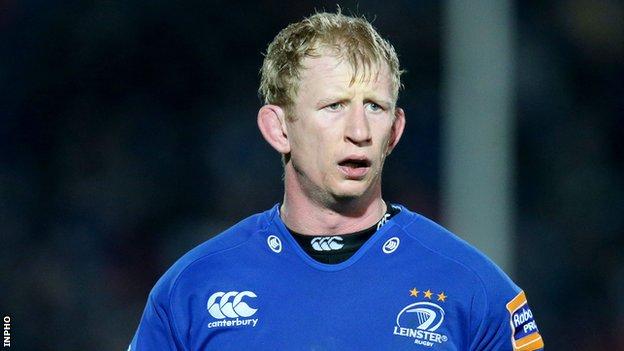 Ex-Ireland international lock Cullen is expected to end his playing career to take on the Leinster backroom role.

"Given that Jono is moving off to Clermont, it was the natural progression for Leo," O'Connor told Dublin radio station 98FM.

"He's got all that knowledge, he understands what's required at the very top level and I'm really looking forward to working with him.

"You don't have to talk to people for too long to understand whether they'll be able to do it or not.

"When you sit down and have the conversation with him, the genuine excitement and student of the game that he is, you know he will thrive in the environment."

Cullen, 35, has skippered Leinster to three Heineken Cup titles since taking over the captaincy from Brian O'Driscoll in 2008.

The lock has earned 32 Ireland caps since making his debut in 2002.

With Vern Cotter stepping down as Clermont coach at the end of this season to take over as Scotland boss, Franck Azema will take on the head coach role at the French club and he will be assisted by Gibbes.