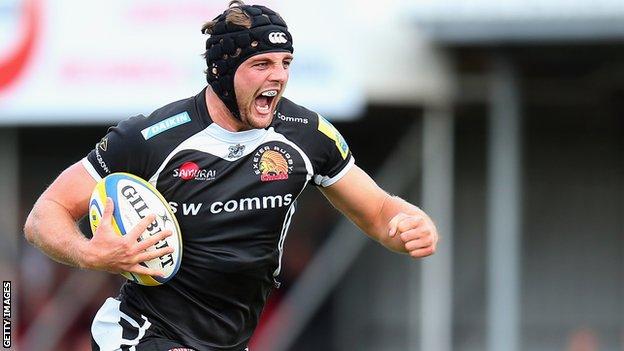 Exeter Chiefs club captain Dean Mumm has signed a new two-year contract to keep him at Sandy Park until 2016.

The Australian's current deal was due to expire at the end of this season.

Mumm, 29, and was given the club captaincy in August.

The lock is joint top try-scorer for the Chiefs this season, and head coach Rob Baxter said: "He's been one of the form locks in the Premiership and he's a stand-out performer every week."

He continued: "While he's been at the club he's grown into one of the real leaders within the side.

"He's one of the guys we wanted to get done and to have him done nice and early and to know we've got some consistency in that position is very important for us going forward."

The Australia international's new contract follows deals for and .

"We're very close to pinning down another two or three very important players who are out of contract."