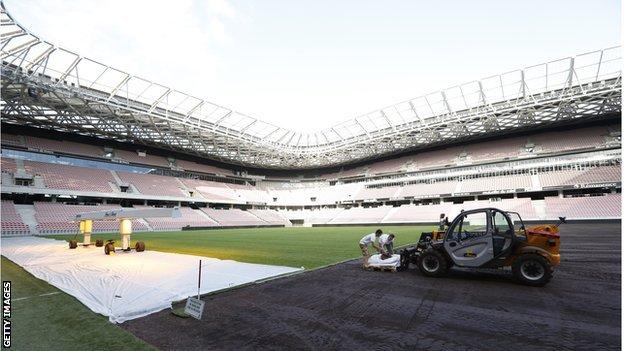 The stadium, home of football side OGC Nice and which opened in September, will host the game on 11 January.

The Blues have previous experience of victory over Toulon in the area after their 2010 Amlin Cup win in Marseille.

Phil Davies' side will face Exeter Chiefs in their final group game on 18 January.

The Scarlets face Racing Metro in Paris on Friday 10 January and complete their group fixtures against Harlequins on 19 January.