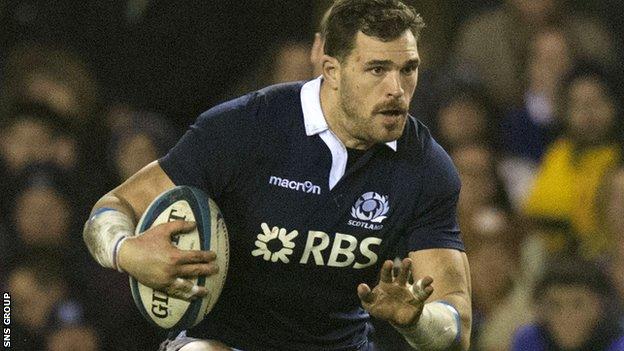 Scotland winger Sean Lamont has a chance of featuring in the opening weekend of the Six Nations.

The 32-year-old does not require an operation after sustaining ligament damage against Ospreys last month.

Glasgow's Lamont, capped 82 times, is expected to be sidelined for another six weeks, with Scotland visiting Ireland on 2 February.

Glasgow lock Jonny Gray, 19, is recovering from an ankle injury and is looking at eight weeks out.

Gray was capped twice during the autumn Tests, while Lamont started all three matches against Japan, South Africa and Australia.