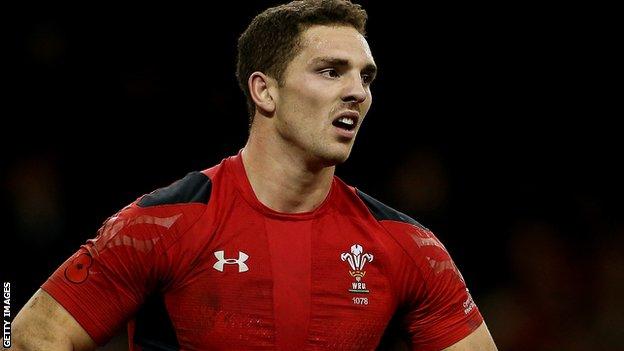 Northampton have been fined £60,000 by a Premiership Rugby disciplinary panel for letting wing George North play for Wales against Australia on 30 November.

The match, which Wales lost 30-26, took place outside of the International Rugby Board's autumn window.

"As far as I'm concerned, the fine seems to be outrageous and I'd question their legal position imposing this. But ultimately Saints will take this on the chin. Is it a price worth paying to have George North play for you? Most definitely it is, as we saw last weekend in Dublin.

"He's a special talent who can frighten and unlock defences like few others in the game today. And it's not just what he does on the pitch, but his influence on young players around him. I'm certain Saints will still think they did a very good bit of business bringing North to Franklin's Gardens."

Premiership clubs have agreed that only players representing England can be released for matches outside of that international window.

Saints admitted the breach and will not appeal against the sanction.

The club have previously said an agreement was made with North, 21, when he signed to "allow him to represent Wales if and when selected".

Northampton are the first team to contravene the Premiership Rugby policy, but the verdict could affect other players, with North's Wales team-mate Richard Hibbard joining Gloucester next season.

The Welsh Rugby Union has again scheduled a fourth match next autumn, against South Africa, which falls outside the IRB window.