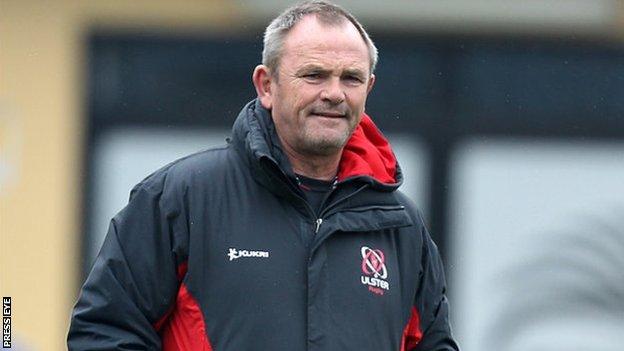 The dates and kick-off times for Ulster's two remaining Heineken Cup Pool Five matches against Montpellier and Leicester have been announced.

Mark Anscombe's side will face Montpellier at Ravenhill on Friday 10 January, with a 20:00 GMT kick-off.

Ulster will then face Leicester at Welford Road at 18:00 GMT on Sayurday 18 January in a match which could potentially decide the group winners.

The Irish province head the pool on 18 points, with Leicester second on 15.

Ulster have won all four of their opening pool matches in Europe for the first time in their history and have also picked up two bonus points along the way.

Leicester have won three out of four so far, their sole defeat coming against Ulster in Belfast in October.

Any lingering ambitions Montpellier may have harboured of reaching the quarter-finals ended on Sunday when they lost by a single point to Leicester.