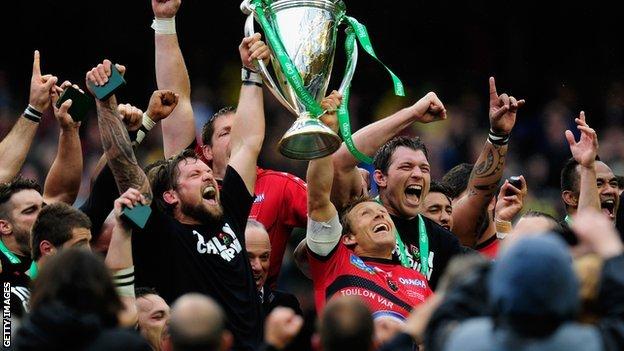 The Heineken Cup replacement would be run by the Six Nations Committee instead of European Rugby Cup (ERC).

As such, BT Sport would be free to take over as broadcaster, ERC having sold its broadcasting rights to Sky.

The Rugby Football Union is leading the discussions and only the French federation is disputing the new plan.

England's top clubs, in the form of umbrella body Premiership Rugby, insist they will not play in any competition organised by ERC, which runs the Heineken Cup and second-tier Amlin Challenge Cup.

That stance saw them apparently isolated in Europe, until the latest developments.

Disagreements about the Heineken Cup's qualification criteria, voting structure, income distribution and future television rights are behind the row.