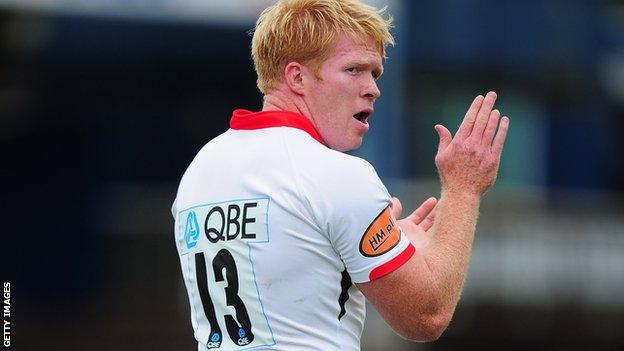 Newcastle are the lowest-scoring team in this season's Premiership, having scored only three tries in eight games.

Newcastle have scored 78 points in the Premiership this term.

Experienced Scottish fly-half Phil Godman has 32 of those, and 31 are from the boot of locally reared understudy Rory Clegg.

Despite that, they sit ninth and 11 points clear of bottom club Worcester.

"Scoring tries is a habit. We noticed the criticism in the press about our scoring and hopefully the Calvisano result can give us some momentum for the league," he told BBC Newcastle.

Worcester are yet to win a game this term and their losing run of 14 matches is the worst in Premiership history.

But they have still scored more tries than the Falcons, who have kicked 63 of their 78 points.

"When you get on a run of kicking penalties and going for the set piece you can can forget what to do," Crockett explained.

"Someone makes a break and you should be on their shoulder in support - hopefully we're back in that habit."