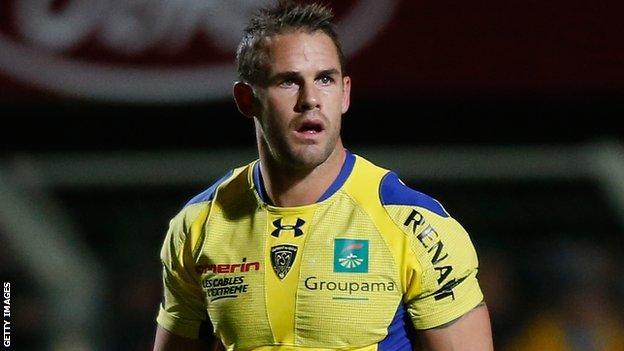 Former Wales full-back Lee Byrne is expected to be out for around eight weeks after dislocating his shoulder against the Scarlets.

Byrne suffered the injury during Clermont Auvergne's 32-11 win over his former club in the Heineken Cup last Saturday.

The 33-year-old joined the French club from the Ospreys in the summer of 2011.

Byrne said in November he felt his Wales career was over "a year or two ago".