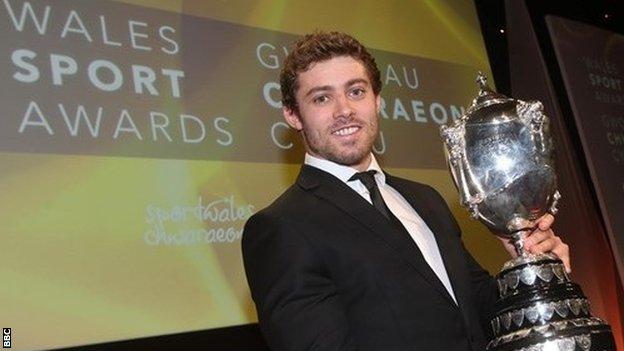 Leigh Halfpenny is the latest Wales star being linked with a move to France with both Toulon and Clermont appearing to be interested in the full-back.

The Rugby Paper is claiming the British and Irish Lions full-back has decided he will leave Wales when his contract expires at the end of the season.

But the 24-year-old BBC Cymru Wales Sports Personality said on Wednesday he was not thinking about his future.

"We [Cardiff Blues] have got a big Heineken Cup game coming up so at the moment my focus is completely on that."

Halfpenny's future is in the spotlight just after the Welsh Rugby Union and the four regions had a crucial meeting on Wednesday during which the exodus of Welsh players to France and England was discussed.

After being named Lions player of the series in Australia in the summer and being shortlisted as International Rugby Board player of the year, Halfpenny's stock has risen in recent months.

He was also named 2013 Six Nations player of the tournament and has scored 344 points for Wales in 48 appearances since his debut in 2008.

Halfpenny's Wales and Blues team-mate Sam Warburton is awaiting a response from the WRU and his region on a future contract.

Wales captain Warburton had given the Blues and the WRU a Wednesday deadline to put together a deal to keep him in the country.

One of players who has already decided to leave Wales at the end of the season is Scarlets centre Jonathan Davies, who has signed for French side Clermont.

Wing George North joined Northampton before the start of this season, while Lions lock Ian Evans has signed for French club Toulon.

Roberts has said he sees no problem with Welsh players heading out of Wales as long as they do have the necessary international release clauses in their contracts.

"The black and white of it is, no, it doesn't make any difference whatsoever," said Roberts.

"As any Welsh player playing in Wales, the participation agreement allows players that full two weeks release prior to the Six Nations and the autumn," said Roberts.