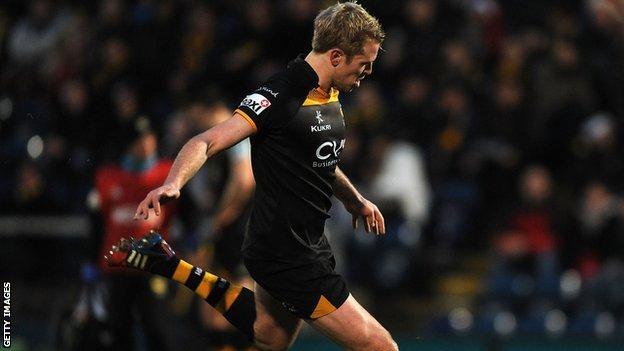 The fly-half's boot, along with a James Haskell try, helped Wasps to a 16-0 half-time lead before Grenoble changed their entire front-row at the break.

Visiting wing Ratu Ratini crossed either side of an Elliot Daly penalty to tighten things up at 19-12.

But Carlisle kicked two more penalties and converted a Tom Varndell try to seal victory for the home side.