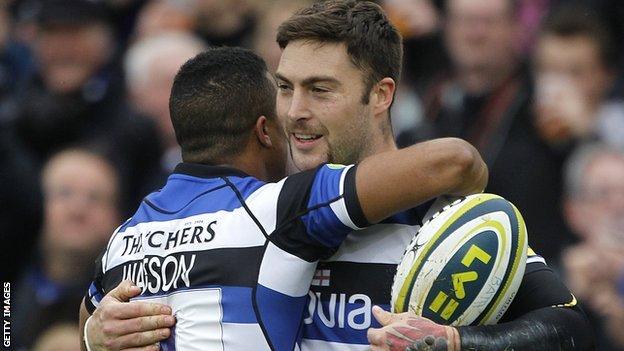 Bath trounced Mogliano to extend their lead at the top of Pool Two.

The hosts had the bonus point wrapped up inside 30 minutes, with a Matt Garvey brace and further scores by Matt Banahan, George Ford and a penalty try handing them a 29-0 lead at the break.

Bath continued to dominate after the interval, running in a further six tries to complete an emphatic win.

Banahan took his tally to four, while Carl Fearns and two tries by Olly Woodburn completed the scoring.

Mogliano's failure to register a single point means they have scored fewer than any other team in this season's Challenge Cup and leaves them bottom of their pool.

"I'm pleased after what's happened over the last two weeks.

"It was a solid performance over there and I thought we played a little bit better at home.

"It was a good opportunity for us to keep playing - no matter what the score was."