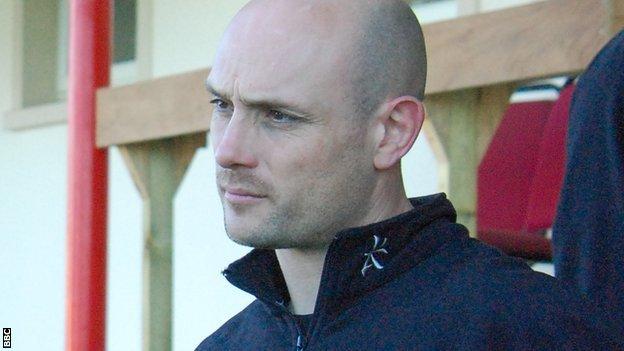 Former Jersey director of rugby Ben Harvey quit the club because he felt his "time was up" and admits he already has new "opportunities" on the table.

after more than five years with the islanders, but with Jersey second-from-bottom of the Championship.

He said he needed to leave the club to progress his career.

"At the moment I'm taking a bit of time off and hopefully going to be watching a game at St Peter before long and supporting the guys there.

"I've been very lucky, people have always spoken to me throughout my career about opportunities and offers, so it's about making sure that I take the right one.

"If there's an opportunity on the island, or opportunities off the island, then I'm going to make sure that I do it for the right reasons and ultimately throw my energy into something that I'm really passionate about."

Harvey now believes Boden is the right man to get the best out of the squad he has left behind.

"I just felt that perhaps the boys needed a bit of a shake up and something different," said Harvey. "I felt that my time was up and it was as simple as that.

The islanders have won three of their first 10 league matches in the Championship this season, despite turning fully professional in the summer and bringing in more than a dozen new players.

But as well as problems on the pitch there has also been trouble off the pitch during the campaign. Players were banned from a St Helier nightclub, with front-page accusations in a newspaper that they had been "rowdy".

Harvey, who will keep his Jersey club membership, denied there had been a particular rift in the squad but said there will always be disappointed players when they do not make the matchday squad.

"My job is not a popularity contest," Harvey added. "At any one time some players will be unhappy with you and some players won't be.

"I didn't feel there was a rift at all. We were conscious of the fact we weren't getting the best out of them all the time and that's part of the reason I moved on."