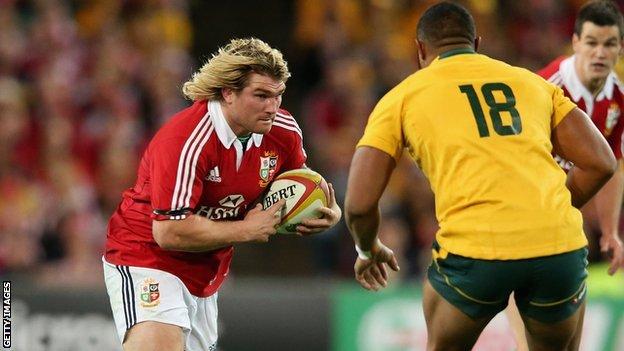 Wales and Ospreys hooker Richard Hibbard has agreed to join Premiership outfit Gloucester for next season.

The 30-year-old has been capped 26 times for his country and played for the British and Irish Lions in their series win over Australia this summer.

Neath-born Hibbard is currently in his 10th season with Ospreys and has made 171 appearances for the Pro 12 club.

"It's a fantastic signings for us," Cherry and Whites director of rugby Nigel Davies told BBC Gloucestershire.

"Richard is very abrasive and a very good scrummager. That edge is key to where we want to take things."

Hibbard follows All Blacks and Ulster prop John Afoa in joining the Kingsholm outfit for next term.

However, Gloucester could lose back-rower Akapusi Qera, with the Fiji international thought to be a target for Top 14 side Toulouse.

Davies refused to comment on Qera's future but added: "The positive thing right now is that we are announcing some significant signings and we should all be pleased with where we are."