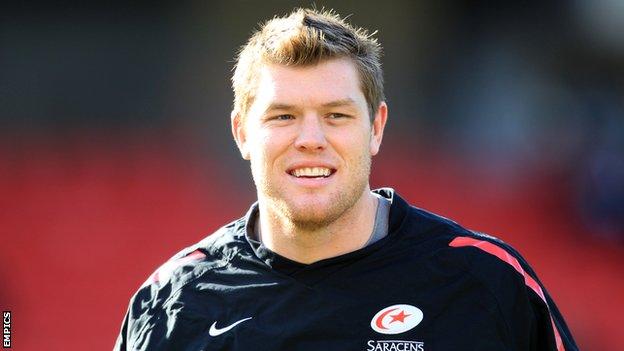 The 28-year-old, who initially joined Sarries in 2008, made five appearances in the NFL as a tight-end.

"I learned a huge amount in the NFL and various elements that will help me become a better rugby player," he said.

"There is nothing like the Saracens environment. It's fantastic to be back."

Australia-born Smith took up a university place in the United States on a basketball scholarship in 2002, but following graduation began playing rugby in Denver.

He made his international debut for the USA in 2008 and has won 18 caps.

Smith has made 22 appearances for Saracens in the Premiership, featuring 12 times as the north London club won the title in 2011, but he chose to join the Jets the following year and played five times in his rookie NFL season.

Saracens director of rugby Mark McCall said: "Hayden is a phenomenal athlete with huge potential. It's great to have him back in the fold."