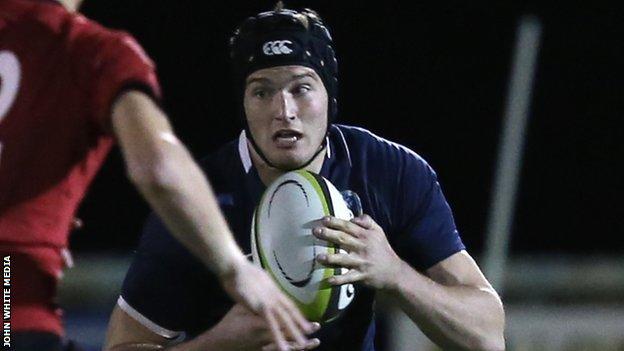 Bristol are set to make centre Lucas Slowik their youngest first-team player in the professional era.

The Filton student, who is 17 years old and 268 days, has been named in the starting line-up for Sunday's British and Irish Cup game against Gala.

Ellis Genge, Andy Uren and Max Cresswell are also in contention to make their debuts from the bench.

Bristol will be led by coach Matt Ferguson instead of director of rugby Andy Robinson.

"We're lucky here - we've got 48 professional players, so we're putting a team out this weekend which will be expected to reach the standards we would expect if we were playing London Welsh in the play-offs," said Ferguson.

"For me, it's a really exciting opportunity to let certain players get some game-time."

France-born Slowik has played for England Under-18s, having qualified through his English mother.

His older brother, Auguy, 20, also plays at Bristol and made his first-team debut earlier in the season.