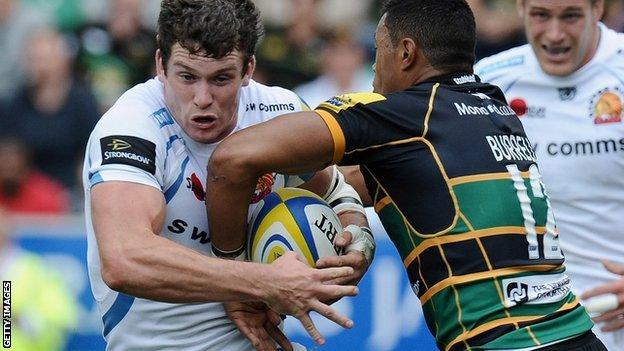 The 26-year-old has made 34 appearances for the Chiefs since arriving from Ulster in 2012, scoring two tries.

"Signing on again was a fairly easy decision for me to make," said the Ireland international.

"I've had two good years here already and hopefully I'll have two more good years. I feel I am doing well and improving as a player."

Whitten follows in the footsteps of team-mate Jack Yeandle in committing his future to the Chiefs.

"I like where the club is going," added Whitten, who has two caps for Ireland.

"The systems they have in place are good ones, I like the way we play, so I can only see success for the club going forward.

"On a personal level, my target for the future is to do well and be successful with the Chiefs. I want the club to start pushing into the semi-finals and latter stages of competitions.

"You can see we are improving year-on-year, so hopefully over the next two years we can move onto that next level. I want to be ambitious with the team and contribute to Exeter doing well."