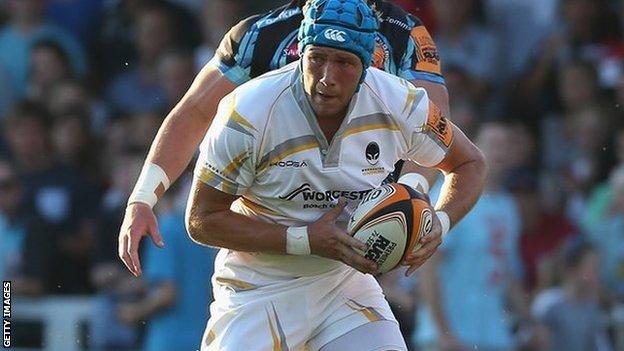 Worcester's Richard De Carpentier has been cleared to resume playing after his citing was dismissed by an Rugby Football Union disciplinary panel.

The back-row forward had been charged with making contact the eye/eye area of Northampton Saints' Calum Clark in Warriors' 10-33 defeat at Sixways.

But the 23-year-old, accompanied to the hearing by Warriors director of rugby Dean Ryan, was found not guilty.

He is now immediately available for Warriors' upcoming fixtures.

De Carpentier has been at Sixways since October 2012 and made his Premiership debut on the final day of the 2012-13 season against London Welsh.

His appearance against Saints was only his second start of the current campaign.