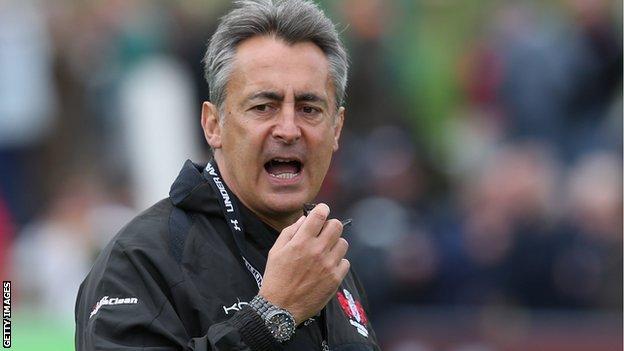 Gloucester director of rugby Nigel Davies believes his side will be galvanised by their Heineken Cup double-header against Edinburgh.

Sunday's away tie at Murrayfield comes after five straight defeats in the Premiership for the Cherry and Whites.

"The guys will be energised going into this double header. They're hurting a lot so they're desperate to start winning again."

Gloucester qualified for the competition after finishing fifth in the Premiership last season.

They started their campaign with a 27-22 victory over Perpignan at Kingsholm before losing 26-10 away at Munster, which left them bottom of pool six, level on points with Edinburgh.

And after a disappointing run of results, Davies says his side are fully prepared to bounce back.

"It's a huge opportunity for us as we're still very much in the fight in Europe," added the Welshman.

"Every time we lose it potentially erodes the confidence of the team. We just need that little bit of luck and composure to get that win, then we can get the ball rolling.

"We'll pick a full-strength side as we see it and look to go up there to put a big performance in."