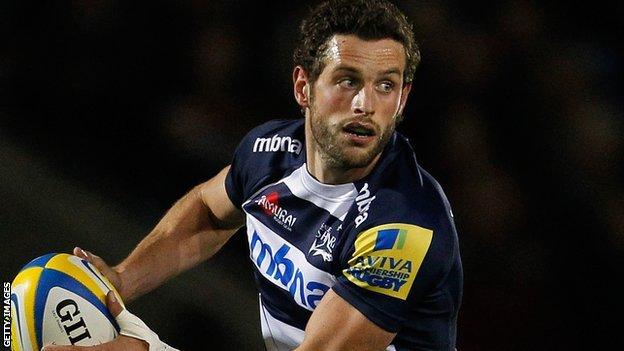 The French side led 13-7 at the break despite Phil Mackenzie's early try for Sale which Nick Macleod converted.

He sent over two first-half penalties and one late on to extend their lead.

That point sees Sale remain top of Pool A with Oyonnax moving up to third above Worcester - who were defeated by Biarritz.