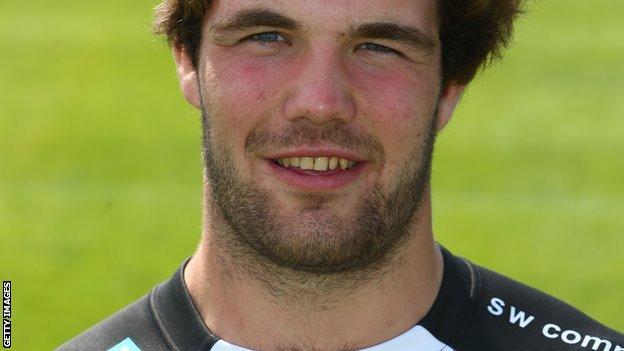 The 21-year-old has made six first-team appearances for the Chiefs, and has also spent time at Launceston, Taunton and Plymouth Albion.

"We see this is a great opportunity for Will to go out and get some good game-time and experience under his belt," said Chiefs head coach Rob Baxter.

"He's going to a very good Championship club who we know will look after him."

The former England Under-19 international spent this summer playing for Randwick in Australia.

"He's a big man who fits into what we want. He's going to bring a lot of physicality and he's got first-team experience at Exeter."