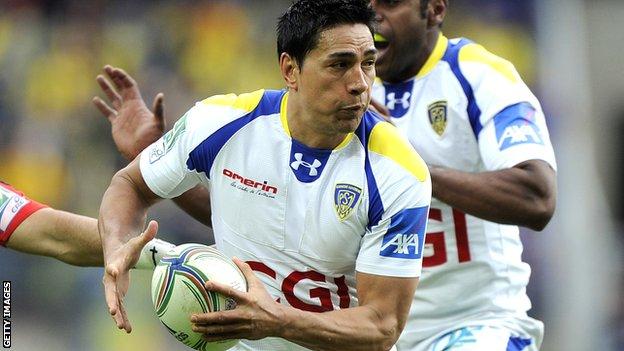 Former New Zealand centre Regan King will return to the Scarlets next season.

King left the region for Clermont Auvergne in 2011 but is out of contract at the French club in the summer.

The 33-year-old has signed a two-year contract with the region he first joined in 2005 after a spell with Stade Francais.

"To have the quality and experience of a player like Regan King back in our squad next season will be a big positive for our region as a whole.

"Not only will we have secured a rugby player of real quality on the pitch who has played at the top end of European and French rugby for the past two years, but we've also gained the value of a professional who has such rounded experience which can be passed onto others."

The Scarlets captain, 25, will join the Top 14 side on a two-year contract at the end of the season.

King, who won his only All Blacks cap against Wales in 2002, played 143 times during his first spell for the Scarlets and scored 180 points.

The Scarlets are away to Clermont Auvergne in the Heineken Cup on Saturday.