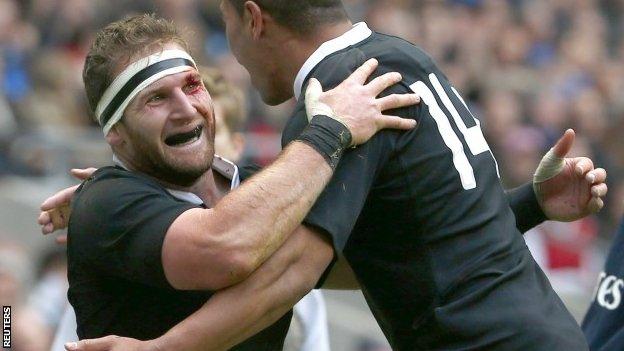 New Zealand number eight Kieran Read has been named world player of the year as the All Blacks dominated the International Rugby Board awards.

New Zealand, who set a new record in the professional era by winning all 14 of their Tests in 2013, won team of the year for the seventh time.

And Steven Hansen was named coach of the year for the second time in a row.

"We are very proud of what Steve, Kieran and the team have achieved in 2013 as they have worked hard to be the best."

"I'd like to congratulate Kieran on his award as it is well deserved," said Hansen.

"He has been outstanding and has been a major contributor all season. It's been a big year and I'm incredibly proud of what the boys have achieved.

"It's certainly special to have the All Blacks named for all three awards so it's important that we thank and acknowledge all those behind the team."

The winners of the three awards were picked by a panel chaired by Australia's 1999 World-Cup winning captain John Eales and made up of Will Greenwood, Gavin Hastings, Raphael Ibanez, Francois Pienaar, Agustin Pichot, Scott Quinnell, Tana Umaga and Paul Wallace.

New Zealand's 14th win of 2013 came against Ireland late last month as they secured victory with a converted injury-time try to edge the autumn international 24-22.