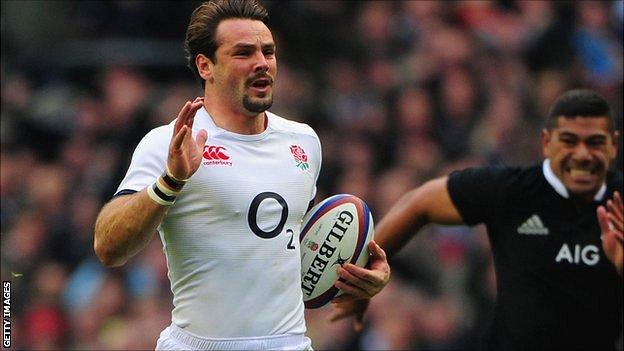 Northampton full-back Ben Foden could miss much of the Six Nations after suffering a knee injury in last week's 18-0 victory over Newcastle Falcons.

Foden, 28, played in the last two autumn Tests on the wing for England, who start their Six Nations campaign against France on 1 February.

Saints boss Jim Mallinder said Foden was expected to be out for 12 weeks.

"Ben is a quick healer so he thinks he can get back before then but you cannot rush these things," said Mallinder.

Stuart Lancaster's side play France at the Stade de France on the opening weekend of the tournament before facing Scotland a week later.