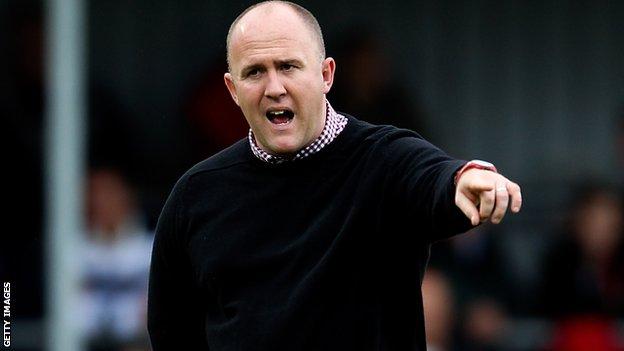 Cornish Pirates head coach Ian Davies says skipper Gavin Cattle is aware he has to perform when he returns to Championship action against Nottingham.

Cattle is back from injury to replace top try-scorer Tom Kessell at scrum-half for Sunday's trip to Meadow Lane.

"It's gutting for Tom but it's unfortunate when the first-team captain is in the same position as you."

The Pirates are sixth in the Championship table after beating last weekend.

"It's good to see we can win these games with the youngsters," Davies continued.

"We've picked up some great wins without the likes of Alan Paver, Gavin Cattle and Laurie McGlone."

James Sandford comes in for Darren Barry (concussion) in the second-row and James Phillips makes his first start at number eight, having

In the backs, Canada international winger Matt Evans returns along with centre Rheon James as the Pirates go in search of a first win at Meadow Lane since 2010.

"Nottingham have got four or five guys in from Leicester Tigers for this weekend which doesn't make our job any easier," Davies said.

"But it's a great place to play, the pitch is fantastic - our backs should look forward to running on it and being fast.

"Even Peter Joyce may look fast on it as well," Davies joked about his prop.