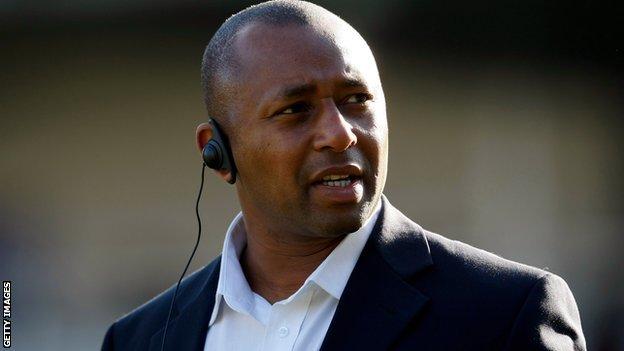 Former head coach Paul Hull has returned to Bristol after a two-year absence to work as chief scout.

The 45-year-old spent 22 years with the club, as a player and coach across two spells, before leaving the professional game for personal reasons in 2011.

He will combine his new role with his current job as director of rugby at Dean Close school in Cheltenham.

"I'm delighted to be involved with Bristol again - a club close to my heart," he said.

Although I haven't been directly involved with the club on a day-to-day basis, I've continued to support Bristol from afar

"Although I haven't been directly involved with the club on a day-to-day basis, I've continued to support Bristol from afar and have been working with academy manager Mike Hall to recommend talented individuals.

"Andy [Robinson, director of rugby] is eager to build a successful Bristol team with a core of young players, so I'm relishing the opportunity to establish a network whereby the best players - a blend of youth and experience - are being identified."

Hull left Bristol at the end of the 2010-11 season, and in his final game led the club to the British & Irish Cup.

He was also in charge when they narrowly missed out on promotion back to the Premiership, after they were beaten 38-16 by Exeter over two legs in the 2009-10 Championship play-off final.