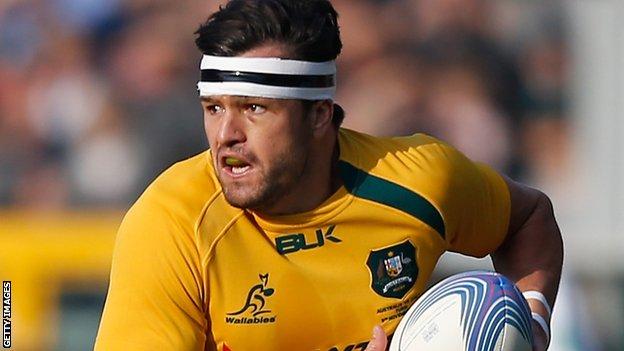 Australia have recalled backs Adam Ashley-Cooper and Nick Cummins for Saturday's Test against Wales in Cardiff.

They were among six players who were banned for one game by Wallabies coach Ewen McKenzie.

McKenzie imposed the bans after the players drank alcohol "inappropriately" in midweek before the game in Ireland.

Ashley-Cooper will start at centre in place of Mike Harris with wing Cummins replacing Chris Feauai-Sautia.

Christian Leali'ifano moves to his preferred position at number 12 while the starting pack remain unchanged following the win over Scotland.

Fly-half Quade Cooper will win his 50th cap having returned to the international fold under McKenzie.

"We're treating this week a little bit like our Grand Final, so it's pleasing to bring in some big game players with a lot of experience," McKenzie said.

"I think everyone will be extremely motivated by the circumstances of the game and the opportunity to play Wales in their backyard.

"For us to finish on a high would be good reward for a lot of the hard work being done."