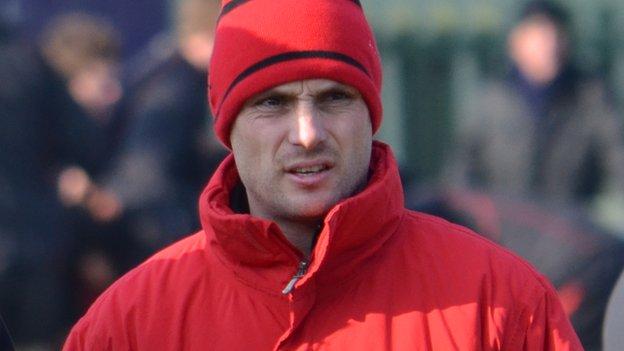 Ealing Trailfinders came from behind to beat fellow strugglers Jersey 28-18 and claim their first ever Championship win.

The islanders were 12-0 in front after tries from Alex Rae and Nick Campbell but Tom Bedford's score kept the visitors in touch.

Full-back Andrew Henderson sealed a bonus-point with a last-gasp try.

It was Ealing's first win and first points of the season at the 12th time of asking, after nine consecutive league defeats and two British & Irish Cup losses.

The victory closes the gap in the table between the sides to six points.

The afternoon had started so well for the hosts, with skipper Rae crashing over after a line-out after seven minutes.

Campbell's converted try between the posts put the island side in control before centre Bedford found space on the overlap out wide to get his side on the scoreboard.

Jersey still led 15-7 at half time though and Niall O'Connor's penalty increased that further before the momentum of the game, and perhaps the whole season, swung dramatically.

Prolific winger Chesters sped through for his first try in the corner and not long after gave his team the lead for the first time when he ran from deep in his own half to score a superb solo try with less than 10 minutes to go.

The Channel Islanders still had hope of a late winner or at least a losing bonus point.

But they were to be denied by their former player Henderson, who broke clear with the final move of the game to clinch a bonus-point for Ealing and get their season off and running, pulling Jersey into a real battle against relegation.