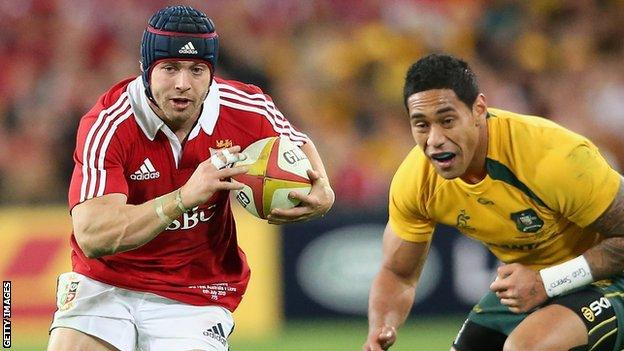 Wales and British & Irish Lions full-back Leigh Halfpenny has been shortlisted for the inaugural IRPA players' player of the year award.

The 24-year-old has been nominated along with New Zealand's Ben Smith and Kieran Read for an award voted for by top international players.

Halfpenny has also been nominated for the International Rugby Board's player of the year award.

He was voted player of the Six Nations and was also Lions' man of the series.

The Cardiff Blues player played in all three Tests on the tour of Australia and broke the Lions' point-scoring series record previously held by Neil Jenkins.

"There are awards and there are awards, but to be recognised by the people you play against week in, week out - that's about as good as it gets," Halfpenny said.

Read and Smith, who also feature on the IRB shortlist, have featured prominently in New Zealand's unbeaten run during the calendar year.

Smith has also been shortlisted for the IRPA Newcomer of the Year Award, alongside compatriot Charles Piutau, and Australia's Israel Folau.

The IRPA - the International Rugby Players' Association - will announce the winners, and its players' World XV of the year, next week.