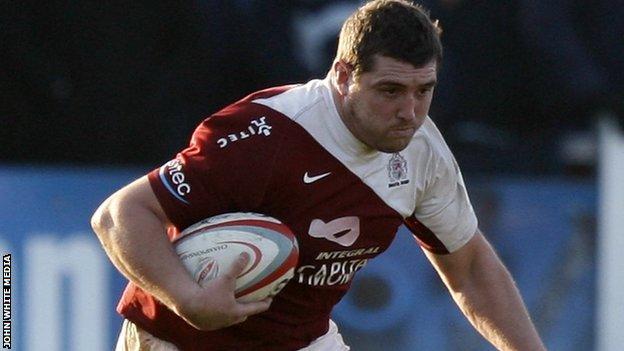 Bristol's Ross Johnston has been ruled out for two months after injuring his elbow in Sunday's 21-15 defeat by Cornish Pirates.

The 27-year-old was taken off at half-time at Mennaye Field and a scan revealed he has ligament damage.

Johnston has made six appearances this season, scoring three times.

He missed the start of the Championship campaign after picking up a five-week ban for a tip-tackle in a pre-season game against Clifton.