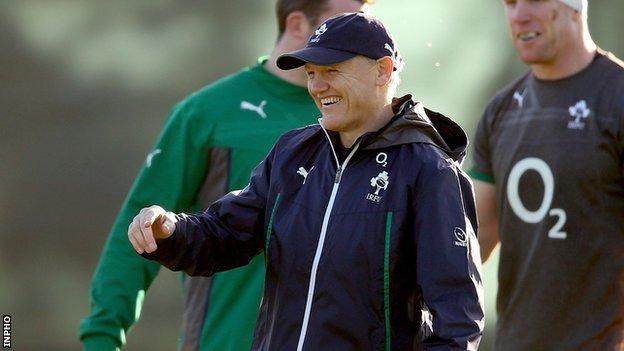 Ireland will play Canada in their opening Pool D game of the 2015 Rugby World Cup at the Millennium Stadium.

The match will be played on Saturday 19 September, with a 14:30 BST kick-off.

The Irish will then face a European qualifying nation at Wembley Stadium at 17:00 BST on Sunday 27 September, followed by a clash with Italy at the Olympic Stadium on Sunday 4 October.

Ireland's final pool match will be against France at the Millennium Stadium on Sunday 11 October at 17:00.

The fixture against Italy will also kick off at 17:00.

Ireland will hope to be involved in a quarter-final at the Millennium Stadium on Saturday 17 October or Sunday 18 October, with the semi-finals taking place the following weekend.

The Irish and French will want to top the pool as the runners-up will face a likely last eight tie with holders New Zealand.

Ireland have reached the quarter-finals of the World Cup on five occasions, including the 2011 tournament, but have yet to reach the last four stage.

The final will be staged on Saturday 31 October.