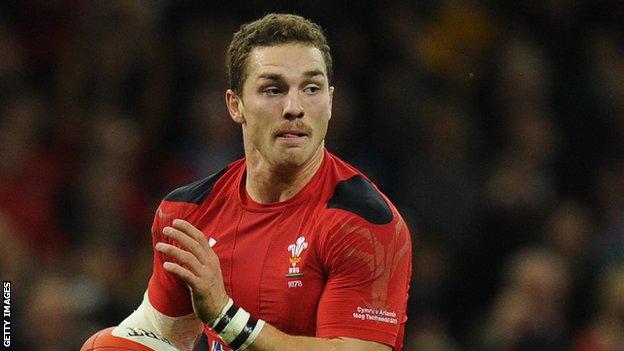 Northampton Saints will risk a fine by allowing wing George North to play for Wales against Australia this weekend.

The move goes against Premiership policy, as the Test falls out of the International Rugby Board's international window.

"The situation with George North puts Premiership Rugby in a tight spot.

"The arrival of the world-class wing is a superb boost for the league's profile, and they will be aware of the compromises required to attract such talent.

"Northampton are also losing out here, as one of their star players is missing to face Worcester at the weekend.

"But if Saints get off with a slap on the wrist, it could set a precedent that the division's other 11 clubs might look to exploit."

The club said an agreement was made with the 21-year-old when he signed for Saints this year to "allow him to represent Wales if and when selected".

Premiership Rugby will investigate the situation before issuing a punishment.

But it is expected Saints, who are the first team to contravene the policy, will face a fine.

"George North is a fantastic player. We need him for our massive-profile games. But in some of the other games it's great for the other lads to play. I think we've got the perfect balance."

As part of an agreement between Premiership clubs, only England players are allowed to be released by teams to play for their nation outside of the IRB's international window.

In a statement, Saints said: "When [North's] signing was announced it was hailed in the media and by the league's hierarchy as a massive statement of intent by the club and a reflection of the competitive nature and high profile offered by the Aviva Premiership.

"Every player asks for specific conditions to be included in their agreements. This is not unusual in professional sport.

"In order to realise this rare opportunity of bringing a player like George to Franklin's Gardens we agreed to allow him to represent Wales if and when selected.

"The Saints management wants to make it clear that our agreement with George has not contravened any laws, rules or regulations.

"However, when it was finalised the agreement included terms for his release to play international rugby which were outside Premiership Rugby board policy."