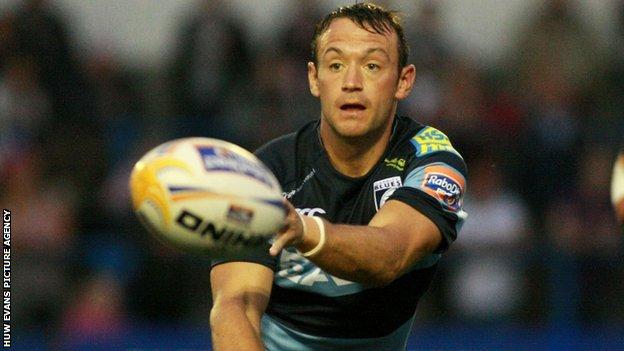 Gareth Davies' late penalty earned Cardiff Blues a Pro12 draw in Treviso, where the home side recovered from a 20-9 deficit.

Even the scoring details were equal with two tries, two conversions and four penalties apiece - and each side had a player sin-binned.

Blues boss Phil Davies made six change from the side that lost in the previous round against Munster.

But Treviso had their international contingent available while the Blues were without Wales squad men Gethin Jenkins, Sam Warburton, Alex Cuthbert, Owen Williams and Leigh Halfpenny.

But despite those absences, the Blues built a first-half lead after Berquist's opener.

Czekaj's try was followed by Davies' conversion and two penalties each for the Blues 10 and his opposite number.

Number eight Copeland interrupted the kicking duel with his try and Davies converted to establish a 20-9 half-time lead.

But tries from flanker Zanni and replacement Gori to which Berquist added both conversions put the visitors ahead.

Davies brought the Blues level once and after Berquist completed the home side's scoring, Davies levelled for the final time.