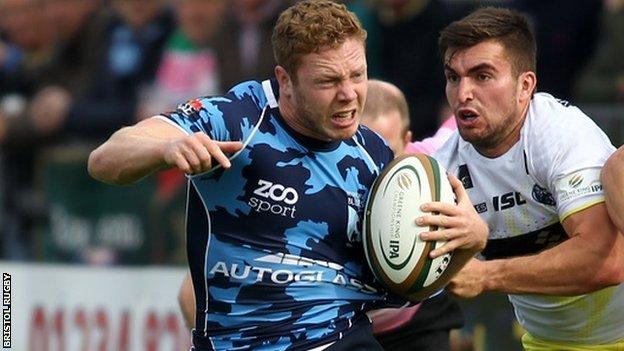 The 23-year-old has been on loan at Bristol's Championship rivals Bedford Blues for the last two seasons.

Baldwin is set to play for the Blues against London Welsh on Saturday before linking up with his new club.

"I believe he'll be perfectly suited to the expansive game that we are trying to play at Bristol," said director of rugby Andy Robinson.

"Luke is exceptionally quick and dynamic - he's a constant threat and has shown a high level of consistency in his performances for the Blues."

Baldwin made his Saracens debut in 2010 and was handed five first-team appearances.