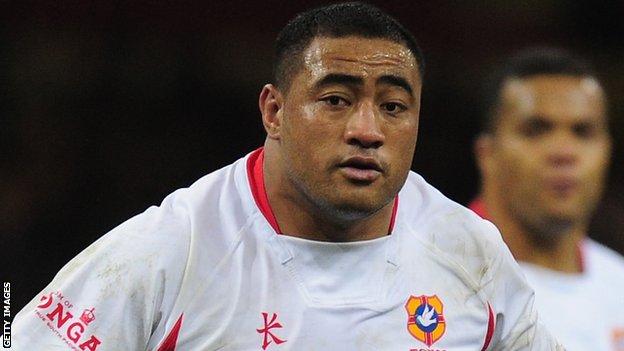 He has moved to the Premiership side on an undisclosed contract from the Tasman Makos in New Zealand.

Puafisi, 25, was part of the Tonga squad for the recent Autumn internationals, and started Friday's Test defeat against Wales at the Millennium Stadium.

The tight-head prop has joined the Cherry and Whites with immediate effect, subject to visa approval.

"We identified Sila as a possible addition to the squad and I'm very pleased that we have been able to bring him in,'' said Gloucester director of rugby Nigel Davies.

"It's taken quite a lot of work, the work behind the scenes in these cases can often be quite lengthy. But he's been in fine form for Tonga, and I'm confident that we have added a quality player to the squad."

Puafisi is unlikely to be cleared in time to play in Friday's game at home to Leicester and will not be registered for the Heineken Cup double header against Edinburgh which follows.

He should be available to make his debut for his new club on 22 December in the home game against Worcester Warriors.