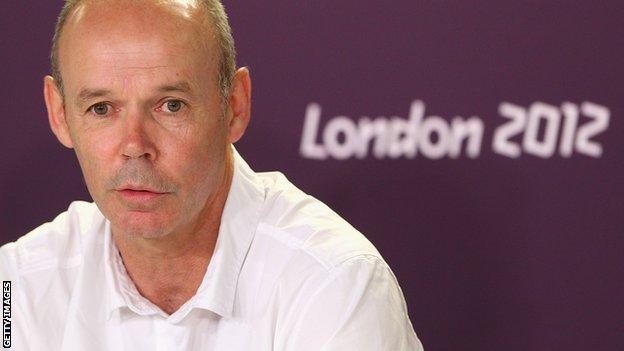 World Cup-winning coach Sir Clive Woodward is standing down from the Leicester Tigers board after six years.

The former England coach, 57, who first joined the club as a player in 1979, admits he has struggled to commit time to his advisory role at Tigers.

Last year he also left his position as director of sport at the British Olympic Association.

Leicester has always been my club and will always be my club.

"I'll be stepping down because I just don't get here enough," Woodward told BBC Radio Leicester.

"I've been director here for the last few years but I don't get to as many games as I'd like to."

Woodward joined his World Cup-winning captain Martin Johnson and other players from 2003, including Martin Corry, Trevor Woodman and Dorian West, at Welford Road on Friday to celebrate the 10-year anniversary of the famous victory over Australia to clinch the William Webb Ellis Cup.

After presiding over the disastrous Lions tour of New Zealand in 2005 Woodward quit rugby to take a role as a technical director with Southampton Football Club, where he stayed until 2006.

Woodward insists his latest move is not the end of his association with the Tigers.

"Leicester has always been my club and will always be my club and I'll just be working on other projects to try and help," Woodward said.