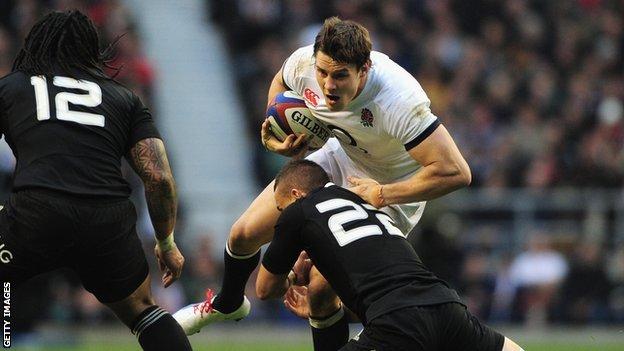 England centre Joel Tomkins is likely to miss the start of the Six Nations in February after injuring his knee against New Zealand last weekend.

The 26-year-old Saracens back, who won his first cap against Australia earlier this month, left the field 77 minutes into the 30-22 loss to the All Blacks.

Sarries director of rugby Mark McCall said: "Joel will be out for quite some time, probably three months."

The 30-year-old had shoulder surgery after he too was injured against New Zealand.

England meet France in Paris on February 1 in their opening match before a trip to Murrayfield to face Scotland the following weekend.