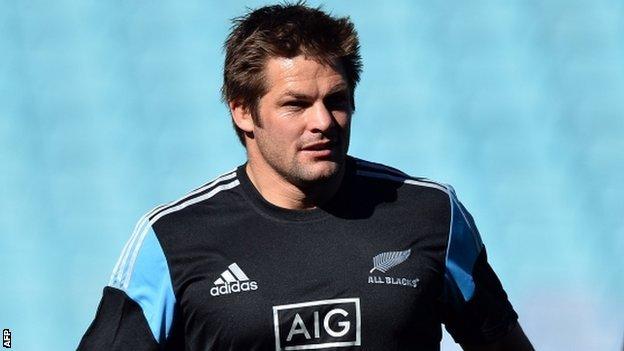 Both 32-year-old flanker McCaw and winger Cory Jane, 30, picked up injuries in training.

Sam Cane replaces McCaw on the open-side flank and Charles Piutau will start on the right wing, with Steven Luatua added to the replacements.

"We could have played him but the risk and reward wasn't worth it," said All Blacks coach Steve Hansen.

McCaw has been troubled by a knee problem suffered earlier in the Rugby Championship and Hansen is not prepared to risk his skipper before the end-of-year tour which includes Tests against France, England and Ireland.

"We have got to the situation now where it's business as usual. If someone gets injured then the expectation is that everyone has been preparing to play anyway and people come in," added Hansen.

"There is a lot of trust with each other."

Jane had been rushed back for the game after only two appearances in New Zealand's provincial competition after sustaining knee ligament damage in pre-season training.

The All Blacks have already clinched the Bledisloe Cup after two earlier victories over the Wallabies in the Rugby Championship.