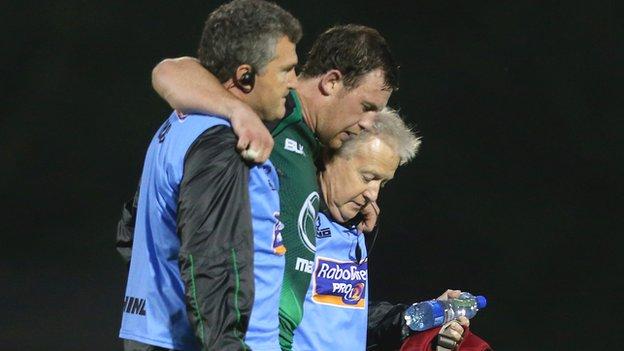 Connacht flanker Willie Faloon will be sidelined for up to five months with a foot injury sustained in Saturday's Pro12 defeat by Ulster in Galway.

The 27-year-old, who joined Connacht from Ulster last year, will require surgery on the injury.

In a further blow hooker Jason Harris-Wright has been ruled out for four to six weeks after he tore a bicep in the 18-7 defeat at the Sportsground.

Connacht are back in action against the Ospreys in Galway on Saturday.