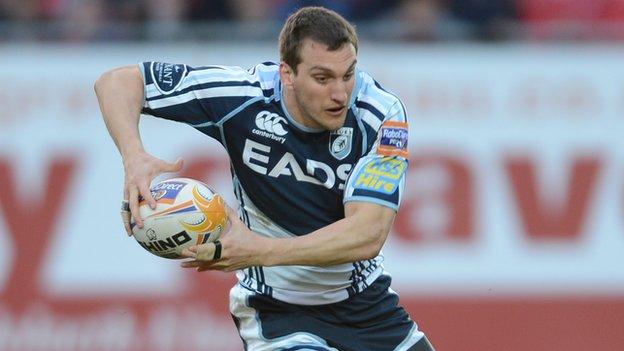 British and Irish Lions captain Sam Warburton will make his comeback from injury when Cardiff Blues face Leinster in the Pro12 on Friday in Dublin.

The Wales open-side flanker, 24, has not played since 29 June when he tore a hamstring during the second Test of the Lions' 2-1 series win in Australia.

He had been expected to be out for three to four months and his return comes after 13 weeks.

On Friday, the Blues became the first team to lose to Italian side Zebre.

Cardiff boss Phil Davies confirmed Warburton would be starting against Leinster at a news conference on Tuesday.

"He's maybe five weeks ahead of schedule," said Davies. "He was knocking the door down to play.

"He himself has done a phenomenal job and the physios, the medical department, deserve huge congratulations.

"He's trained a little bit last week and this and looks fantastic, so I'm really excited."

In August, against South Africa, Argentina, Tonga and the Wallabies.